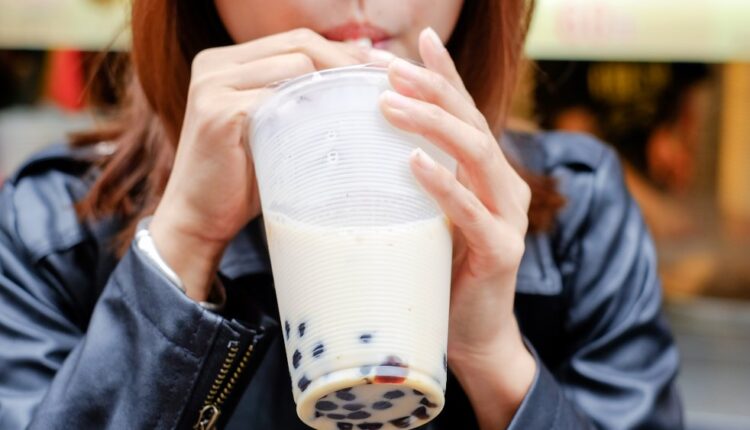 Drinking Milk Tea: How Do You Know If It’s Good or Bad?

Milk tea is one of those drinks that have been enjoying a steady rise in popularity. For much of the decade, people have been drinking milk tea when they’re in cafes and want something to sip on while talking to friends. It’s been such a hit in some countries that there are individuals who drink five to six cups of milk tea in a week.

For most young adults and teenagers, milk tea is the hip drink that you can’t go wrong with. Like coffee, there are different variations that you can choose from with ingredients ranging from herbal teas to creamy, sugary tapioca pearls. But other than being a go-to drink for most Millenials and Gen Zs, it’s also very sweet.

Most medical professionals are alarmed at the steady increase rise in the popularity of milk tea. With most claiming it has an alarming level of sugar.

However, there’s been an ongoing debate on whether milk tea is a health drink. Most health practitioners would suggest using other drinks as an alternative.

But before we can reach any conclusion, we will need to discern first the different components of the milk tea and weigh-in on each one’s benefits.

Even now, there is still much that has to be known about the benefits of milk tea. Most of the time, people want to stir clear from the drink since it’s not the healthiest choice.

But first, let’s look at some of the components that might be prospective benefits to this drink. So what are the benefits?

Tea is widely known for having a plethora of different benefits. Tea is also known for its anti-cancer properties, making it quite accessible for individuals of different ages. Of course, green tea and black tea will have different chemical compounds with green tea being good at flushing out toxins and black tea having the right amount of antioxidants.

Caffeine is a coveted resource for most office workers. When you need to get into the groove to grind out the day, most people will drink coffee. But if you’re sensitive to caffeine, you can opt for milk tea, which contains traces of caffeine but not enough to make you palpitate or make you feel dizzy.

Now that we now know that are some of the benefits of drinking milk, we’ll have to discuss some components that might make it detrimental to your health.

No worries, much of the drawbacks can be easily remedied to fit your needs.

Jam-Packed with Sugar and Calories

Milk tea contains the right amount of processed sugar. Even though some milk tea shops will use alternative ways of sweetening the drink, such as incorporating juice and blended fruits, most will still use sugar. Some studies suggest that the average cup of milk tea will have around 15- 20 teaspoons of sugar.

Not only can sugar cause complications in the body, but it can also chip away at the integrity of your teeth. If you notice that your child has been drinking the right amount of milk tea or any sugary products, you might want to get their teeth checked up by a professional pediatric dentist.

Additionally, tapioca pearls are also known for having the right amount of calories, which you might have to consider.

There are certain brands of tapioca pearls that contain maleic acid, which is known for causing complications in the kidney and other internal organs. Some parts of Singapore put a temporary ban on milk tea since it contained chemicals not approved by the authorities. In addition to being unapproved, it was also caused detriment to the overall health of consumers.

Now that you know which of the milk tea components might impact your health, it’s time to start adjusting it to your own needs.

Here’s how you can make your milk tea healthier:

Overall, milk tea does have the right amount of health benefits, but it also has excessive sugar. Although there might be some health risks due to some ingredients, it doesn’t hurt to tell the barista that you want your to be sugar-free, or you can make the necessary adjustments by omitting the tapioca pearls and using fresh milk instead.

Do you know the 5 Best Lottery Mistakes?

Why Are Kettlebells So Popular?

The Best Face Masks You Should Be Using

The Impact of Technology on How We Care for Seniors